Dating from the 13th to the 16th centuries Ardrossan Castle occupies a prominent position high on a rock overlooking the Firth of Clyde at the seaside town of Ardrossan.

The earliest work is late 13th to early 14th century and is represented by the lowest levels of the gatehouse and parts of the curtain walls. This was substantially rebuilt, presumably after the Wars of Independence, when the gatehouse was restored. 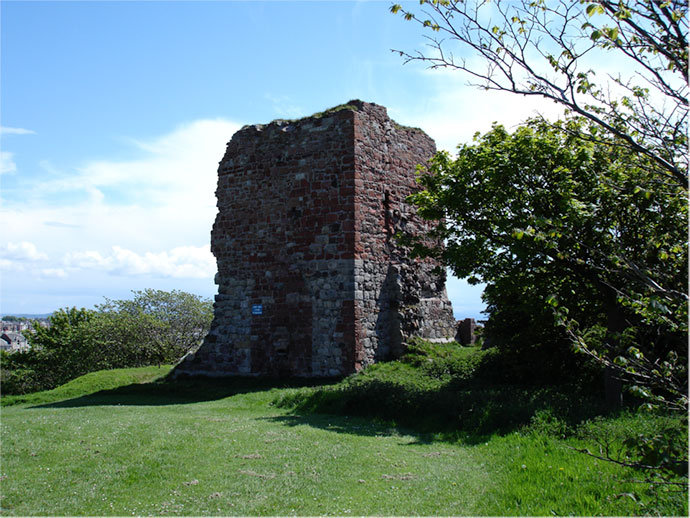 In the 15th century the entrance was reduced to a narrow passage and the gatehouse raised to create a tower house. Elsewhere, a large vaulted tower with keyhole gunloops, known as the Kitchen Tower, was added. 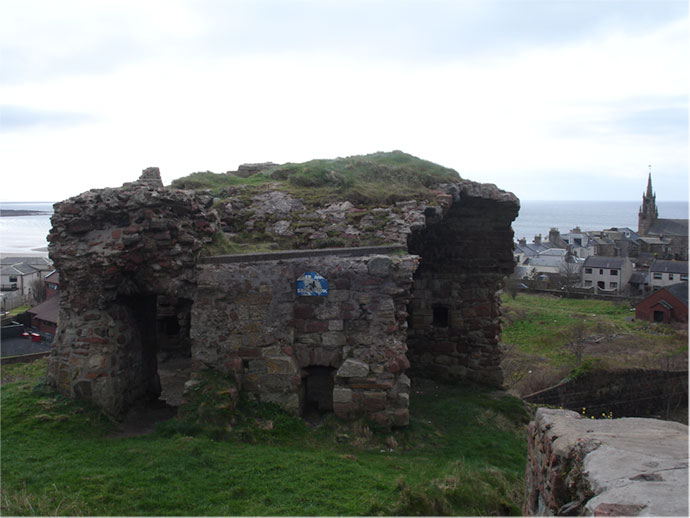 In the 16th century, this entrance was blocked and a gun loop inserted in the infill.

Cromwell is stated to have used its stones to help build his citadel at Ayr in 1653, but certainly by 1689 it was noted as ruinous. In 1911 the town council cleared the site and landscaped it for the many holidaymakers that visited from nearby Glasgow.

The Ardrossan Castle Heritage Society are now responsible for the site and they hope to arrest the ruin and find a use for it which will benefit the community. The Scottish Castles Association wish them every success and hope that they can emulate what was achieved at Tarbert Caste, Argyll under similar circumstances.

At present the castle is fenced off for safety reasons. To find out more, visit the Ardrossan Castle website by clicking here .

An excellent reconstruction by Scottish Castles Association member Bob Marshall can be viewed by clicking here . You can also view his beautiful representation of the nearby Portencross Castle on the site.

Both properties are scheduled for visits by the SCA in 2016.

? You are not currently signed in. Please sign in below.Comment Rules

We'd love to hear your views. If you are a Scottish Castles Association member, please sign in below and share them with us.

Presently, there are no comments posted for this record!