The top 10 tourism attractions for Scotland have just been announced. The winner was the National Museum of Scotland with 1,494,728 visitors and second was Edinburgh Castle with 1,302,825. The findings were compiled by Glasgow Caledonian University taken from 649 tourist sites in Scotland. However, as entry to the National Museum is free Edinburgh Castle comes out as the most popular site that charges admission.

The third most popular castle is Castle Urquhart on Loch Ness.

But what is the least popular castle in Scotland? Naturally Historic Scotland appears reticent on the matter but we can, perhaps, reveal the secret – Crookston in Renfrewshire. 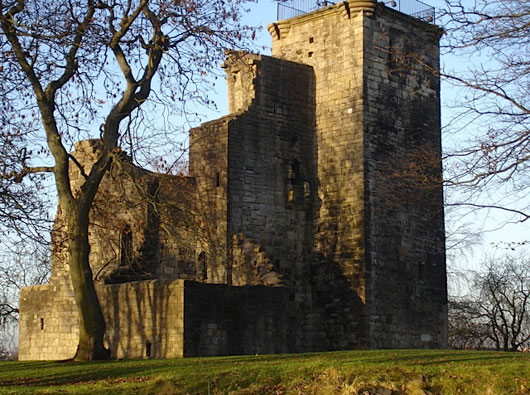 Situated in a large housing estate Crookston Castle has experienced more than its fair share of anti-social behaviour. An unique example of its type, this beautiful, but neglected, 14th century tower demands a visit and deserves to be up there with the best.

? You are not currently signed in. Please sign in below.Comment Rules

We'd love to hear your views. If you are a Scottish Castles Association member, please sign in below and share them with us.

Crookston Castle was the first property ever acquired by the newly founded National Trust for Scotland in 1931, when it was gifted by founding member Sir John Stirling Maxwell. What a pity it is now neglected!

Visit our Skills and Trades Section