Tarbert Castle, Argyll, has re-opened to the public after five years of work by the local community trust. The castle forms a notable landmark high above the fishing port of Larbert. Dating from the 13th to the 16th centuries, it had long been in a state of total neglect. The trust deserves praise for what it has achieved but the manner of the work requires a closer look.

It was a concern of the Tarbert enquiry that restoration might conceal the ‘original fabric’ and this has led it to exhibit all modern interference to the building. This has the effect that one notices the modern props first and the castle second. More, it detracts from the enjoyment of a visit and adds nothing to the ‘authenticity’ of the building.

This has been handled better elsewhere where missing stonework has been replaced with that of a slightly different shade or set back from the original to show what is old and what is new. This approach was pioneered by the Marquess of Bute over 100 years ago and can be seen at Cruggleton, where the 12th century church was rebuilt from ruin. Brickwork and metal bands have no place here and would, in fact, have made the building unusable. 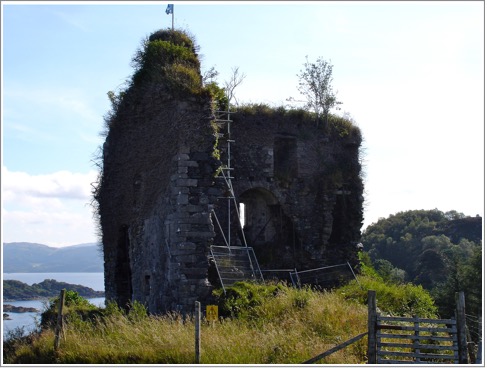 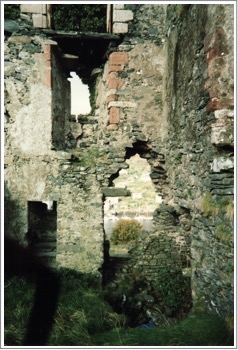 ABOVE: Interior of castle in 2009. Note the large gap with the protruding lintel. An obvious danger which had to be addressed but observe how this was achieved. 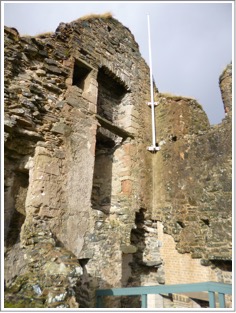 ABOVE: Note modern brickwork with lintel. 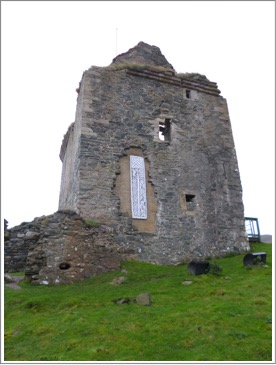 ABOVE: Present day. Void infilled with brick set back from the wall face together with a ‘west highland grave slab’.The latter catches the eye as would a missing tooth and one must question what purpose it serves. 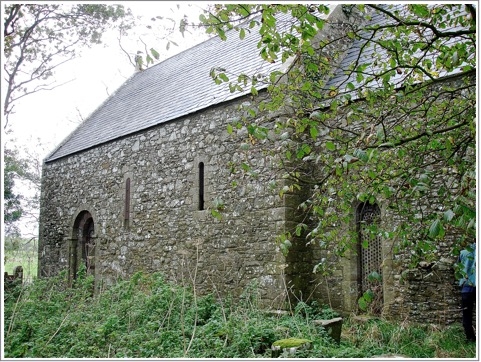 Cruggleton dates from the 12th century and was ruinous in 1890 when the Marquess of Bute restored it. There were sufficient details and fragments remaining for an accurate restoration. New masonry is discernible by an offset visible in the interior so one is left in no doubt as to which parts are the original. The result is pleasing to the eye and the building is used as a venue for the Wigtown Book Festival, inter-communal religious services and weddings.